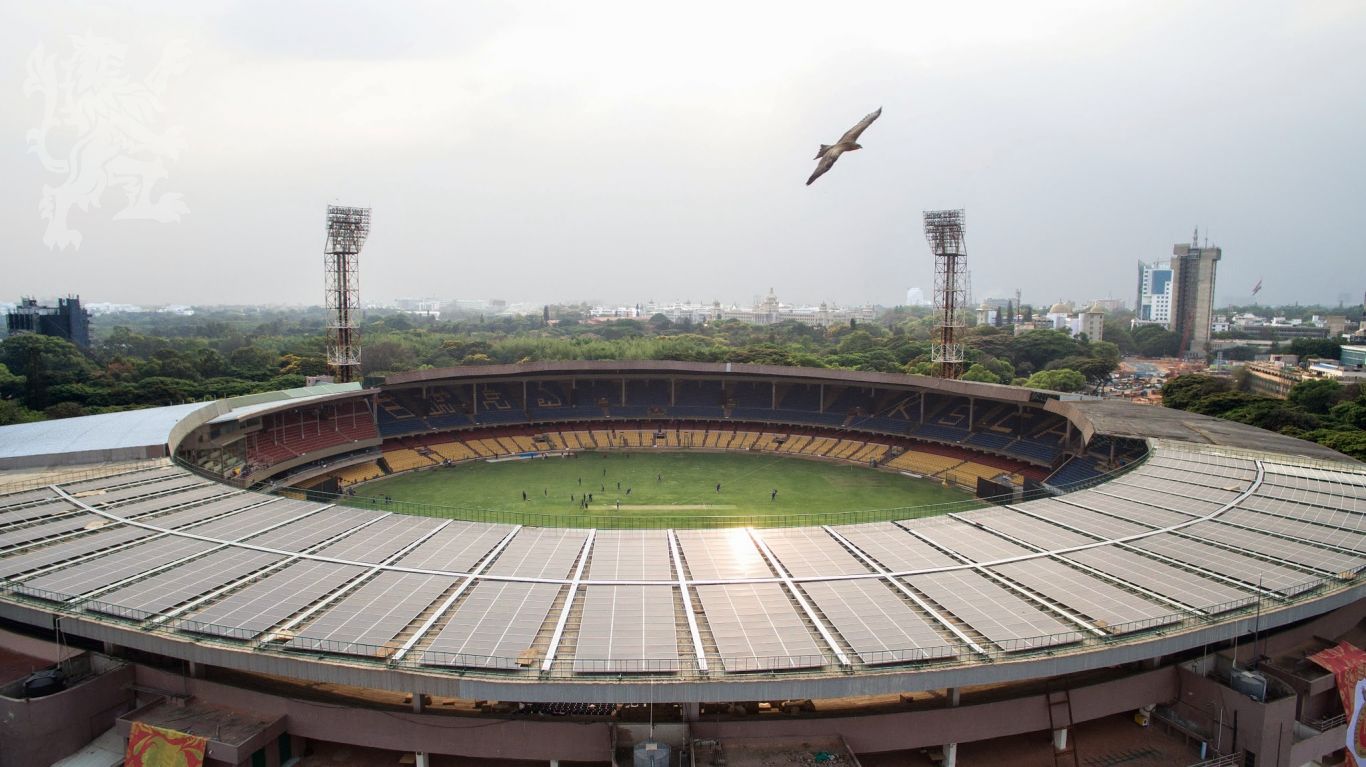 Royal Challengers Bangalore fans are not the only ones bringing the heat on Chinnaswamy Stadium this IPL season. The solar panels located on the roof of the stadium are also helping. The Bangalore’s stadium is country’s first-ever cricket stadium having an in-house solar rooftop, sewage treatment plant and a rain harvesting system.

The stadium has a roof exposed to direct sun and receives good sunlight. After a feasibility study of the stadium by the German firm GIZ (Deutsche Gesellschaft für Internationale Zusammenarbeit) in 2013, it took only 50 days to install a 400 kW Grid Interactive Solar Power Plant on the roof of the stadium.

The grid is capable of powering the lighting of entire stadium except for the huge high-intensity floodlights. On top of it, the excess power is sold to BESOM. Reducing the power cost and at earning additional income through selling the surplus, this is a win-win situation for the Karnataka State Cricket Association.

Planned by RenXSol Ecotech Pvt. Ltd. and executed by MRO-TEK, the solar project has 300 Wp, 72 cells, multi-crystalline solar panels with 20 kW Grid Tie type string Inverters. The cost of the project cost Rs 3.8 crore, self-funded by KSCA. With increasing cost of power, the KSCA can sit back and enjoy the thrilling matches at the stadium for the next 20 years.

With the help of the local body BWSSB (Bangalore Water Supply and Sewage Board), Chinnaswamy Stadium has installed a sewage treatment plant. The system treats the water from the sewage along the lines of Queens Road and uses it for tending the gardens and water the ground.

The story doesn’t end with just solar roof and sewage water treatment, the stadium also harvests rainwater. The area outside the main turf is built around 20 different water tanks situated at ground level. The frequent Bangalore rains are the source for the collection of water and it is sent to the ground through small inlets.

Chinnaswamy Stadium is the epitome of sustainable practices in sports. Other cricket stadiums are also following suit. Next time you visit the RCB’s match in Bangalore, don’t forget to feel proud when you’re sitting in the country’s most eco-friendly stadium.