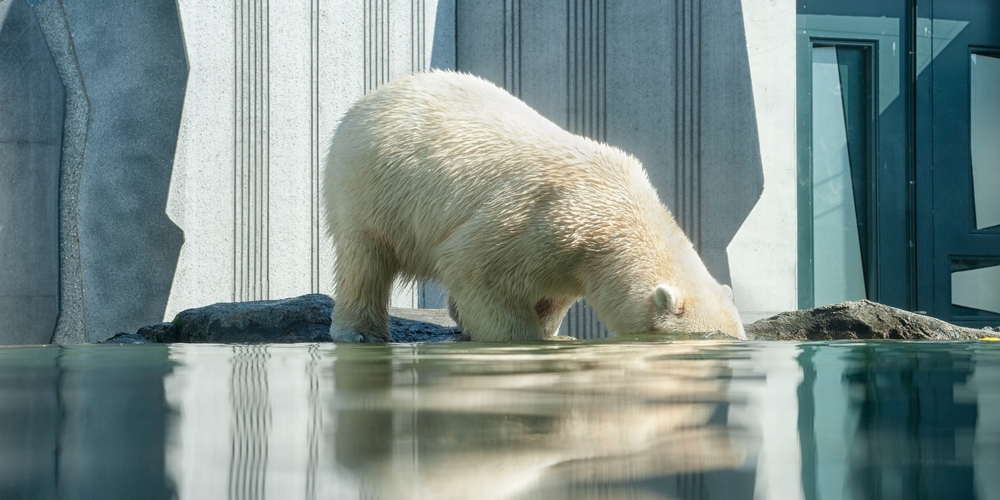 Dr. Raj Thamotheram is Founder & Chair of Preventable Surprises, a ‘think-do’ tank focused on how investors can better manage systemic risks. He co-founded the Nuclear Freeze Campaign and Saferworld and worked in the development sector at ActionAid and the Ethical Trading Initiative. He worked for 12 years as the head of ESG investing. He is a well-recognised pioneer in the field of long-term and responsible/sustainable investing. He writes regularly (including a monthly column for IPE, "Long Term Matters") and lectures widely.

This guest op-ed is from Professor Rich Pancost, organic geochemist, biogeochemist, and palaeoclimatologist. Since 2012, he has been the Director of the interdisciplinary University of Bristol Cabot Institute, which explores how we depend on and shape our planet. Rich is a board member of Preventable Surprises and is one of the critical thinkers on whose input our work depends.

In the wake of the historic Paris Agreement on climate change, policymakers, business leaders, scientists, and investors have been debating its near- and long-term implications. It is an ambitious agreement, with a goal to limit warming to well below 2°C. But it is also an agreement with a weak enforcement and reporting framework and the current “intended nationally determined contributions” limit warming to only about 3 to 3.5°C—and more after this century.

This creates a rather politically and potentially legally fraught terrain for decision makers. The list of critical questions is getting longer:

When will imminent climate impacts drive policy change?
How will governments change:
energy-subsidy programs.
incentives for innovation and infrastructure investments by companies and long-horizon investors.
carbon taxes.
accountability standards relating to investors’ role as stewards.
How quickly will new energy sources come on line and how messy and volatile will the transition be?
And crucially, will businesses and institutional investors lead these initiatives or be victims to them?
At the heart of these discussions is one of the oldest debates in the climate change communication and policy arena—should we focus on mitigation or adaptation? Up until a few years ago, scientists were reluctant to discuss adaptation because of the recognized negative impact it had on individual and social behaviour change. Even if very costly, high risk and disruptive adaptation strategies provided an ‘escape clause’ and a justification to procrastinate on unpopular or challenging near-term decisions. More recently, however, the debate has taken on new dimensions. Given the facts that global warming has already reached or exceeded 1°C, that even more warming is already locked in, and that even the most ambitious national pledges would likely fail to keep warming below 3°C, let alone 2°C, many are privately arguing that mitigation is no longer viable and the focus should be on adaptation.

Now, as then, the sole focus on adaptation is deeply flawed.

Let’s start with those arguing that either the mitigation opportunity has passed by or that nations will be unwilling to enact the perceived painful policies necessary to limit warming. Aside from the ethical flaws of this argument, it would be naive for investors to assume that an agreement among nearly 200 nations will have no legal or policy consequences; even the INDCs, though they are incomplete measures, will require vast social, economic, and political change.

However, the central argument that mitigation remains vital and necessary is scientific. Those suggesting that mitigation has failed or will fail to tend to fixate on the 2°C global warming limit at the centre of policy discussions for the past decade and the acute challenge we face in achieving it. There are good reasons to have a 2°C (or lower) limit, as that is the representative temperature when a number of system changes begin to occur, very high sea level rise becomes locked in, and changes in weather, including extreme events, becomes very difficult to predict, all of which will have dramatic economic and social impacts.

Climate change, however, is not a binary. We are already experiencing the consequences of anthropogenic climate disruption. These will become more pronounced as the planet approaches 2°C of warming. And they will become even worse at higher CO2 levels and higher global temperatures. The Earth system does have some bimodal features but the tipping points between them occur at a range of temperatures, with great uncertainty, and in complex ways.

Sea level rise showcases this well. In the Pliocene era, about 3 million years ago, CO2 levels were 400 to 500 ppm; temperatures were 2°C higher; and the sea level was 5 to 20 metres higher than today. Such changes would be devastating in modern times, with huge infrastructure costs, long-term economic consequences, and unprecedented social displacement. The last time Earth experienced 500 to 1000 ppm CO2, however, temperatures were about 4-5°C higher, and sea level was 70-100 metres higher than today. These represent a long-term Earth system equilibrium so neither scenario is expected for the next several hundred years or more; but they are illustrative of the profound differences between a 2°C and 5°C global warming scenario.

Crucially, unabated biomass loss and fossil fuel burning—especially with new technologies allowing unconventional shale gas and tar sands to be exploited—could result in warming of 5 to 6°C, maybe even more depending on how effective we are at tapping new reservoirs, whether climate sensitivity is at the high or low end of our estimates, and whether positive feedbacks in the Earth system will exacerbate our fossil fuel impacts.

To the best of our understanding, 5 to 6°C global warming will have vast and devastating impacts on our climate and ecosystems, probably with similarly devastating impacts on society. In short, even if we fail to sufficiently curtail fossil fuel usage to limit global warming to 2°C, we must certainly do so to prevent far more extreme warming. As long as fossil fuel resources exist to tempt us, mitigation will always be a priority.

Even under our most ambitious mitigation strategies, climate change will happen and we must adapt to it. Already, with the Earth having experienced only about 1°C warming, droughts, floods and heat waves—many of which have been directly attributed to global warming—are occurring. When that warming has combined with natural climate variability, which happened with the strong El Niño of this past year, local affects are even more pronounced, whether it be global coral bleaching or crippling heat waves in the tropics. These events, in turn, have affected food security, productivity, and global security. They could destroy marine ecosystems and in turn one of our most important food sources and one of nature’s most beautiful features.

And yet, we are committed to further emissions, further warming, and further climate disruption. It is hoped that if we limit warming to 1.5°C, the most severe aspects of sea level rise, extreme weather, and ecosystem disruption will be avoided—but we do not know that and some have argued that we have already locked in up to 4 metres of sea level rise. If we limit warming to 2°C, we will almost certainly have to adapt to sea level rise, human displacement, infrastructure devastation; it will also expose us to feedback risks that could add additional warming beyond our direct influence.

There is no choice between avoiding severe climate disruption or adapting to it. We will do both. We will leave fossil fuel assets in the ground and we will adapt to some environmental disruption. The only choices we have are how we balance those two needs, how we do so fairly, and how rapidly we make the inevitable transition.