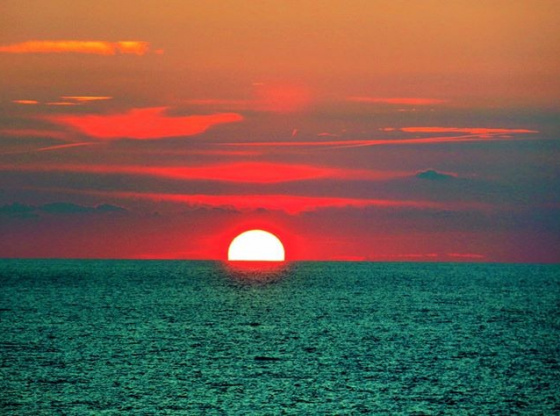 Subhamoy Das is an amateur photographer and writes on climate change and environmental issues. He is a nature wanderer and a hunter-gatherer of memorable moments from the wild. He particularly loves bird photography and is an ornithology enthusiast passionate about wildlife conservation and eco-tourism. You can tune into his Sustainability News Podcasts on the BoE website. Follow him @ twitter.com/subhamoy_das

Building resilience for a sustainable future by adapting to changing lifestyles can no longer be avoided. Immediate action to limit global warming to the lowest possible level and urgently reducing greenhouse gas emissions – in line with the goal that governments set themselves in the 2015 Paris Agreement – can bring down the scale of ocean and cryosphere changes thereby preserving the ecosystems and the livelihoods that depend on them.

The Intergovernmental Panel on Climate Change (IPCC) – the UN body for assessing the science related to climate change – recently released a Special Report that further highlights the urgency of prioritizing timely, ambitious and coordinated action to address unprecedented and enduring changes in the ocean and cryosphere, i.e., the frozen components of the Earth system, including snow, glaciers, icebergs and permafrost.

This IPCC Special Report on the Ocean and Cryosphere in a Changing Climate (SROCC), approved on 24 September 2019 by the 195 IPCC member governments, underscores the imperatives and the benefits of ambitious and effective adaptation for sustainable development and risks of delayed action. The IPCC Special Report is a key scientific input for world leaders gathering in forthcoming climate and environment negotiations, such as the UN Framework Convention on Climate Change Conference (COP25) in Chile in December 2019.

More than 100 authors from 36 countries assessed the latest scientific literature related to the ocean and cryosphere in a changing climate for the report, referencing about 7,000 scientific publications. It provides the knowledge that facilitates key decisions by the various nations.

The report finds that strongly reducing greenhouse gas emissions, protecting and restoring ecosystems, and carefully managing the use of natural resources would make it possible to preserve the ocean and cryosphere.

Here are 5 things we can learn about our endangered planet from the findings of the report:

“We will only be able to keep global warming to well below 2°C above pre-industrial levels if we effect unprecedented transitions in all aspects of society, including energy, land and ecosystems, urban and infrastructure as well as industry. The ambitious climate policies and emissions reductions required to deliver the Paris Agreement will also protect the ocean and cryosphere – and ultimately sustain all life on Earth,” said Debra Roberts of the IPCC.

“The more decisively and the earlier we act, the more able we will be to address unavoidable changes, manage risks, improve our lives and achieve sustainability for ecosystems and people around the world – today and in the future,” Roberts said.

Additional information about SROCC is available at the IPCC website.

Top Five Countries Which Are On Track To Achieve SDG 2030.
The Sustainability Agenda Is On The Right Track In The Fashion Industry