Why We Need Self-Segregating Bins In 2019 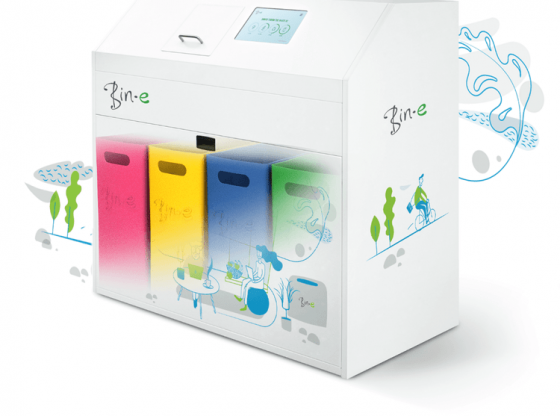 Purva Karmarkar is an environmentalist and an avid reader. In spite of having daydreaming as a hobby, she fights for the reality of the planet's tomorrow. Contact her for witty humor and funny anecdotes or passionate discussions about anything and everything "environment".

With the continuous development of science and technology, new products get launched on a daily basis. While life has become easier and automated, the downside of this is that the amount of waste generated through this is not being addressed adequately. Waste has become a menace, a mess that if not dealt with appropriately will cause havoc. This problem of waste is not restricted to any region or country but is a global issue.

But what could possibly be the solution to this problem? We have been learning about it since school days. The 3R’s- Reduce, Reuse, Recycle. But then again, if we have known the solution for so long why is there still this problem?

That is because the problem with waste disposal is not just its quantity but also its components. Waste generated does not consist of a single type of constituents. It is a mixture of about 20-22 different kinds of materials. Waste that is generated should be segregated by the user into its components.

However, the lack of conscious effort paired with the lack of knowledge about segregation on the part of the users results in all types of waste being dumped into one single bin. This might not seem much if looked at from the perspective of a single user. But, from the administrative point of view, the cost of treating unsegregated waste is huge. Municipal corporations spend half or more than half of their budget for waste disposal only on segregation.

This results in waste being dumped into the landfill without segregation. And everyone knows how that has resulted. The pressure on landfills is tremendous and we are running out of space to dump our garbage. The biggest key to solve the gigantic problem of waste is segregation at source. An example of this is that the Municipal corporation of Mumbai made it mandatory for bulk generators like markets, restaurants, and hotels to segregate and process organic waste at source.

This led to a steep decline in the city’s daily trash output which went from 8,722 tonnes in 2017 to 7,500 tonnes in 2018. If segregation at source is made mandatory to all, there will be a drastic decline in the amount of waste going to the landfill.

However, there is often a lack of willingness displayed by several people. Sometimes, materials are so similar that there might be confusion as to which category it actually belongs to. To fight this problem of segregation Bin-e, a Polish company, came up with a self-segregating bin.

As the name suggests, it is a bin that recognizes and segregates the waste put inside into different bins on its own. This ensures that waste gets sorted out into its component materials and each category can be treated appropriately.

Bin-e started this with a mission in mind “to revolutionize recycling chain by creating a systematic solution that fully automizes waste management, which will lead to sustainable, clean World and better future for generations.” (www.bine.world) 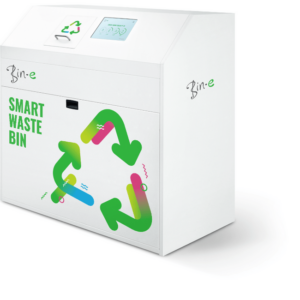 This bin mainly works with recyclable, segregating into the four main categories: glass, paper, plastic, and metal. The bin also has a touchscreen which guides the user through the process of the bin and informs them about the fill level of the bins.

Termed as a smart bin, this bin is an answer to the problem of lack of segregation at source. However, it requires a power source of 230Vand a Wi-Fi and LAN internet connection. This is a big disadvantage since internet connection as well as a steady power source might not always be available. Adding solar panels to these bins is, however, a smart solution to this problem.

Apart from this, the bin is quite large in size (120cm x 120cm x 60cm), since it has separate bins for different categories of recyclables, which might be difficult to place due to bigger area requirements. A prototype of a smaller version of this bin is being developed to solve the problem to space requirement. Installing a bin like this will solve several waste related problems and ensure that minimum waste goes to the landfills. The bin can also be customized as per user requirements. Other companies such as CleanRobotics and Cambridge Consultants have also their own versions of self-segregating trash cans.

While the world is advancing in the field of science and technology, some researchers are coming up with these smart solutions to tackle environmental problems of the world. 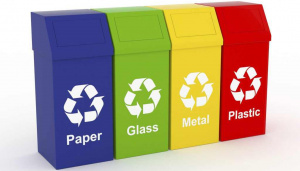 As true as it is that we are becoming more tech-savvy and advanced, we are losing sight of our responsibility towards our home, our planet. And although problems like waste generation can be solved to a great extent using these innovations, the most important aspects to this still remain to be the willingness and a conscious effort on part of us as citizens of the world to do our bit in helping make our earth a better place.